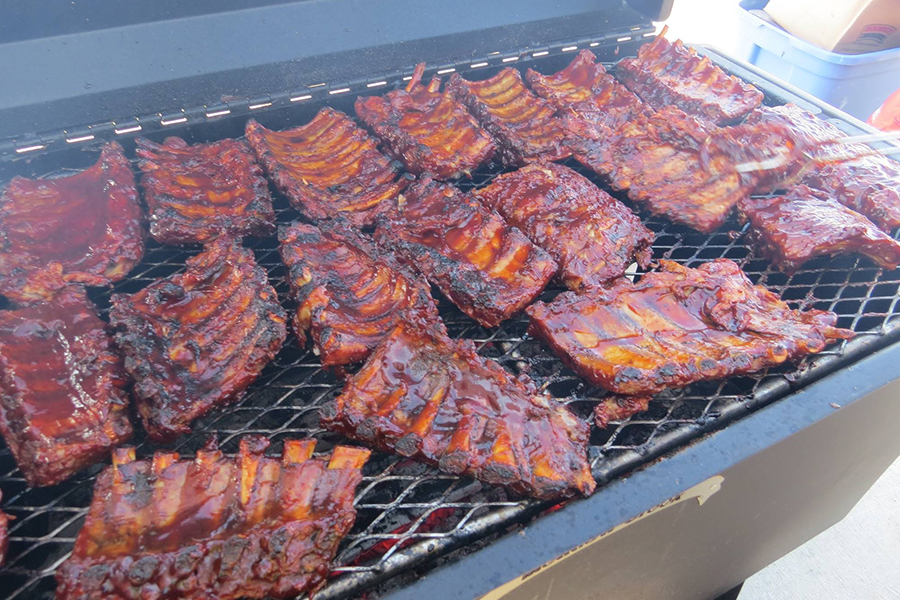 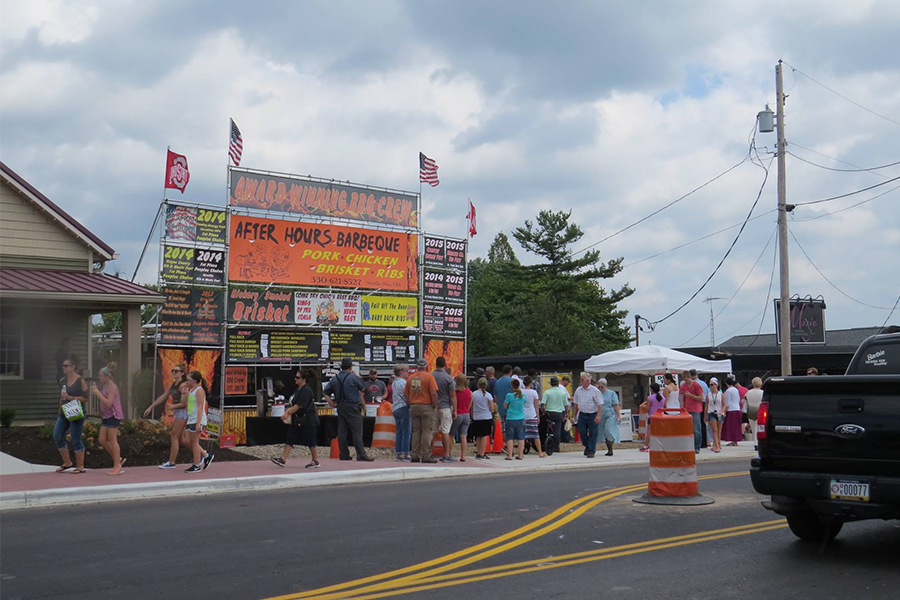 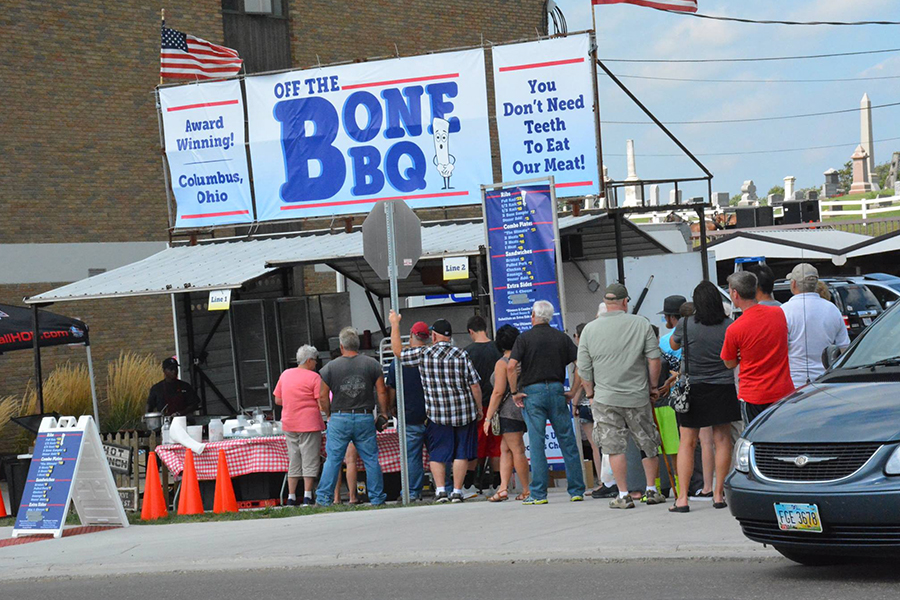 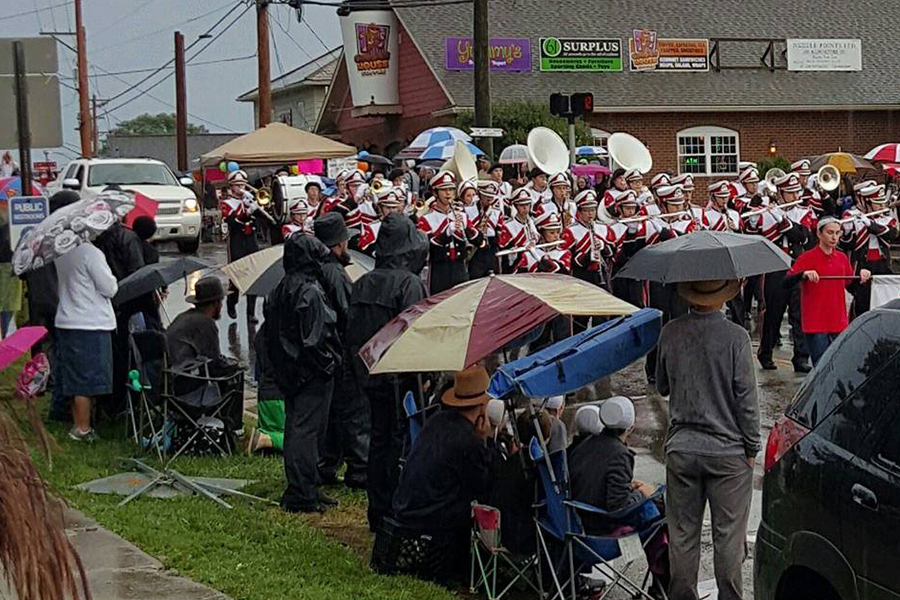 It’s almost time for the annual Harvest Festival & Rib Cook Off in downtown Berlin! I remember the first time I went to the Harvest Festival. It was a cold rainy day in September so I thought maybe it would be easy to quick grab some BBQ ribs from one of the many stands setup along Main Street. I was going to spend the day with my girlfriend Brittany and thought the rib cook off would be a great place for a date. I know a rib cook off isn’t the place to go on a date but I was still learning.

The BBQ stands along Main Street are hard to miss because it seems like everyone is trying to outdo everyone else with how tall their stand is. Each stand is competing to win the contest for best ribs a the festival. People can go from one stand to the next to sample their delicious ribs and their is a place at each stand to cast your vote. Usually the lines are long but I thought the cold drizzling rain would discourage people from coming this year. Unfortunately, I underestimated the popularity of this event and when we arrived in Berlin the streets where packed with hungry people licking their chops ready for some tasty ribs. The lines where really long despite the rain but I was OK with waiting around in line because I was with my girlfriend today. As long as she was along I could wait in line all day long.

As we gazed down the street we had to asked the next question. Which stand should we get ribs from? We decided the one with the longest line probably had the best ribs so we picked that one. We probably waited 20 to 30 minutes in the cold September rain but when I finally sank my teeth into those tasty ribs I understood what all the fuss was about. Mouth watering, fall-off-the-bone, and finger-licking good are just a few phrases that come to mind. More BBQ sauce please!

After the ribs we headed on down towards Sommer’s General Store where they where serving noodles and dressing. This is an Amish and Mennonite favorite and reminds me a lot of Thanksgiving Dinner. I quickly found out its also one of Brittany’s cravings too so, of coarse, we had to try some.

We didn’t hang around all day at the festival because we needed to head back for some warmer clothes for the parade. We weren’t going to watch the parade this year. We were going to be in it! Brittany works for the Killbuck Savings Bank in Berlin which puts on a float every year for the parade. This year she was asked to help out with the float and she asked me if I wanted to come along. Of coarse I wanted every excuse to spend more time with my girlfriend so I said yes! As the time for the parade came closer the rain still threatened to cancel the yearly tradition but, finally, the go ahead came and the procession began. I had never been in a parade before so I was enjoying myself as I marched down the street holding an umbrella over Brittany as she threw candy into the crowd. We decided not to ride the float because the seats where still pretty wet, besides, we needed to walk off all that good food we had eaten earlier. As our float proceeded towards the end of the parade I couldn’t help looking over at Brittany, smiling, and telling her we do some “different” things for dates. She smiled back and agreed.

Brittany and I have been married for over a year now but we still like to go on “different” dates. This year we’re planning to be at the Harvest Festival for some more mouth-watering, finger-licking, ribs and definitely some noodles and dressing for Brittany. I’m glad I won’t be needing an umbrella this year, that way I have one hand for the ribs and the other hand for the napkins.

Bring your friends, bring your girlfriend or wife, or just bring yourself. Come with an big appetite and look for the longest line. Maybe we will see you there!

Josh Troyer lives in Holmes County, Ohio with his wife Brittany. He does online marketing for the Amish & Mennonites in his community. It is not uncommon to find him at a local coffee shop working on his computer. 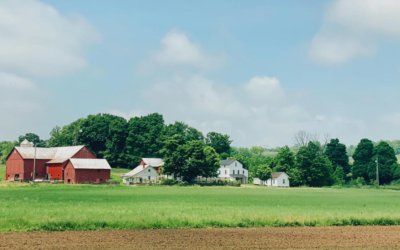 Ways to Enjoy Amish Country during the Coronavirus

Having fun in Amish Country, Ohio doesn’t have to stop during the Coronavirus pandemic. 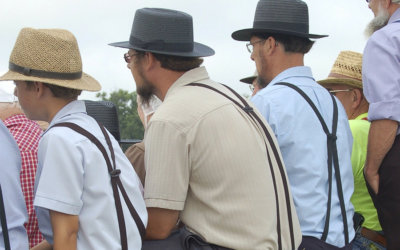 Things To Do On Sunday

Things To Do When The Shops Close 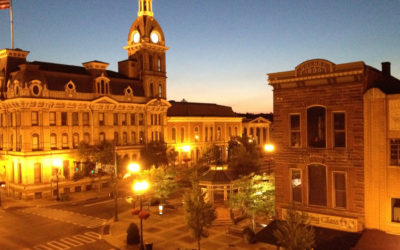 Places To Go In Wooster, Ohio

You must be signed in to access the Trip Planner!